The NCAR Fire sparked on the afternoon of March 26th, quickly prompting evacuations south of Boulder, Colorado. Air and ground resources worked on the fire throughout the weekend, holding it to 190 acres with 80% containment. Additionally, fire officials noted preventative mitigation efforts including thinning of vegetation helped slow the spread. Resources were able to protect large communities nearby. Thankfully, this prevented another tragic situation as seen in the nearby Marshall Fire incident.

The blaze quickly spread east and south in the vicinity of the National Center for Atmospheric Research Mesa Observatory. It came within 1,000 yards of homes on the edge of Table Mesa, Colorado. Subsequently, the fire prompted as many as 18,000 evacuations covering Table Mesa to El Dorado. Fortunately, by Saturday evening air tankers were able to successfully lay retardant thanks to lighter winds. Additionally, overnight temperatures and moisture helped give crews an upper hand. By Sunday, a helicopter was used instead as a more strategic way to put out hotspots. Consequently, during the Marshall fire, 100 mph winds grounded most aircraft, which tremendously prevented their ability to fight the fast-moving fire. 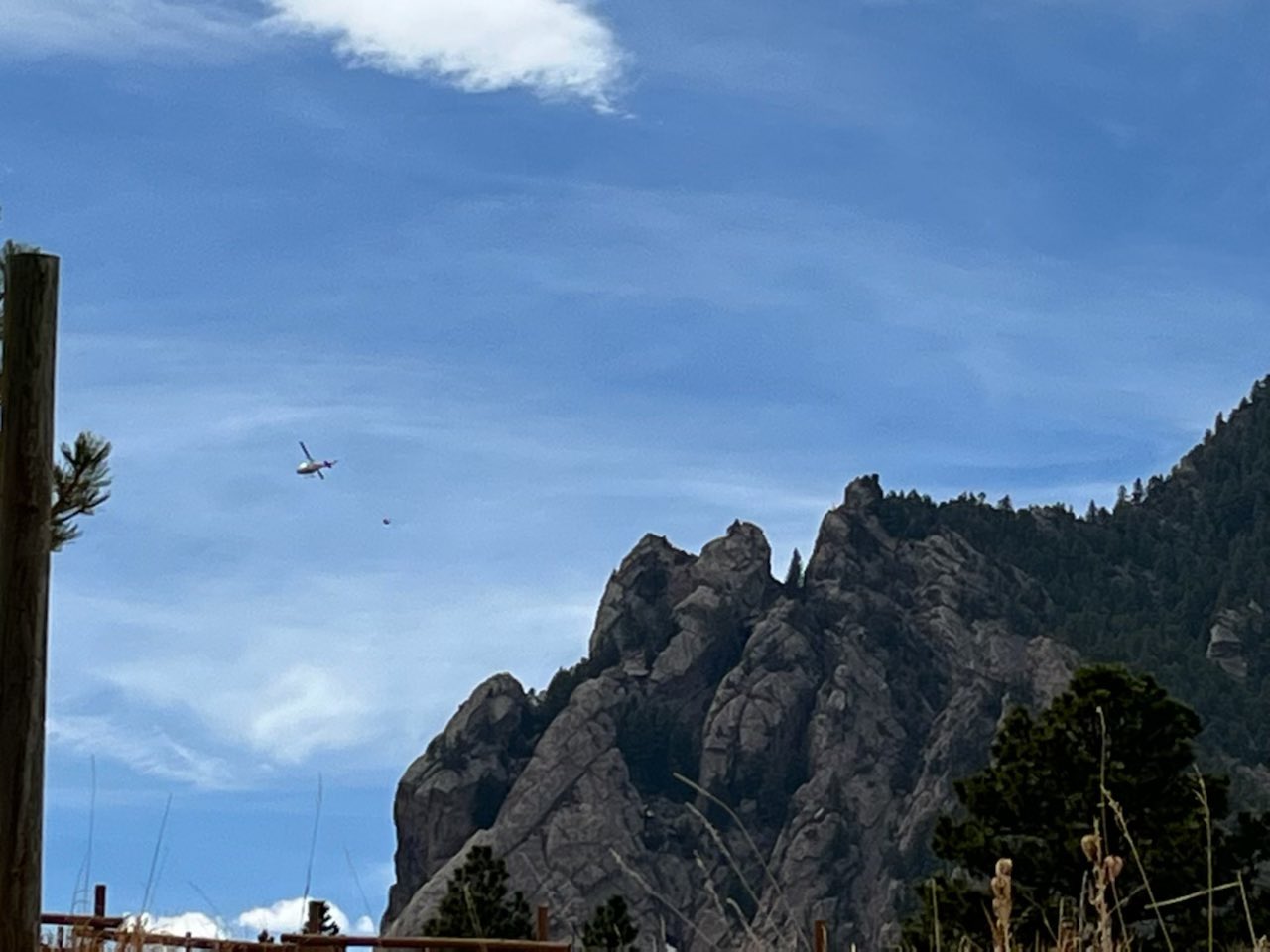 By Sunday, crews stopped the forward progress of the fire and mitigated any structure threat. There were no structures damaged or destroyed.

During the incident, officials credited fire mitigation efforts including thinning of vegetation by Boulder open space workers for keeping the fire in check. Over the last 10 years, workers conducted about 600 acres of forest thinning across the area. Additionally, the department has used livestock grazing for several years.

Nevertheless, the NCAR fire took off because trees in the area remain dry and dormant and the grass is still brown from winter. Colorado winter snowfall started off strong in late December and early January but lost momentum in the following weeks. The state has yet to receive consistent, above-average snowfall this winter to recharge the state’s dry soils, rivers, and reservoirs. Most of the state remains under moderate to severe drought, adding to the increased fire activity ahead of the typical ‘fire season.’