Below are summaries from the National Significant Wildland Fire Potential Outlook, provided by the National Interagency Fire Center, for the period of March 2022 through June 2022. Additionally, the full wildfire outlook can be located here.

Fire activity increased in February, especially across the Southern Area. Subsequently, the year-to-date number of fires and acres burned for the US is nearly double the 10-year average. More than 90% of the acres burned came from the Southern Area, which is typical for this time of year. 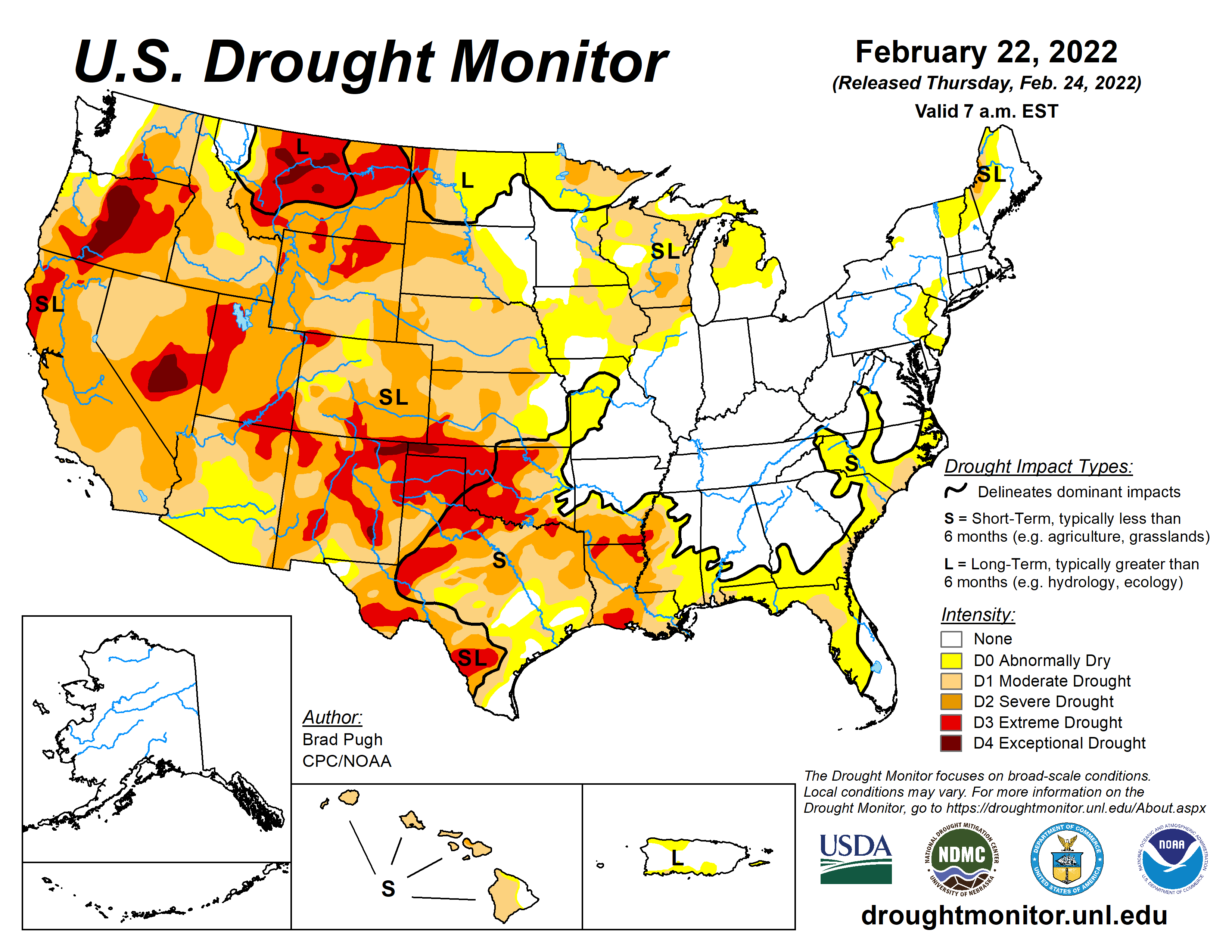 Consequently, climate outlooks through Spring indicate areas receiving below normal precipitation will likely expand generally south to north across the West, with below normal temperatures likely continuing across the Pacific Northwest and northern Rockies. Above normal precipitation is forecast for much of the Great Lakes and Northeast through Spring, with near to above normal temperatures across the central and eastern US. Also, there are indications for an active severe weather pattern this spring from eastern portions of the Plains into the Southeast and Ohio Valley. Additionally, critically dry and windy periods will accompany the severe weather for much of the Plains, especially the southern and central High Plains.

The forecast is above normal significant fire potential for most of the Southwest in May and June. During this time, the potential could increase across southern and western Colorado and southern portions of the Great Basin. Central Oregon is likely to have above normal significant fire potential in May and June. NIFC predicts below normal potential for Alaska in its panhandle through April.  Nevertheless, below normal potential will occur across large portions of the Interior in April and May.