Rain Relieves California of Wildfires, But Not Of Other Hazards

A storm system brought record-breaking rain to California this past weekend when it impacted the state as well as the Pacific Northwest. While firefighters welcomed the rain to the massive lingering wildfires, it brought along additional hazards. Fallen trees, debris flow, and landslides were all reported. Many communities lost power, with numerous people stranded due to flooded creeks and rivers.

San Francisco experienced its fourth wettest day ever throughout the city. In Marin County, the base of Mount Tamalpais saw 11 inches of total rain. Just over 5 inches fell on downtown Sacramento, breaking the one-day record for rainfall that had stood since 1880. Numerous trees and debris fell throughout the state. The so-called ‘bomb cyclone’ combined with an ‘atmospheric river’ shut down HWY 70 in both directions just north of Sacramento due to multiple landslides. 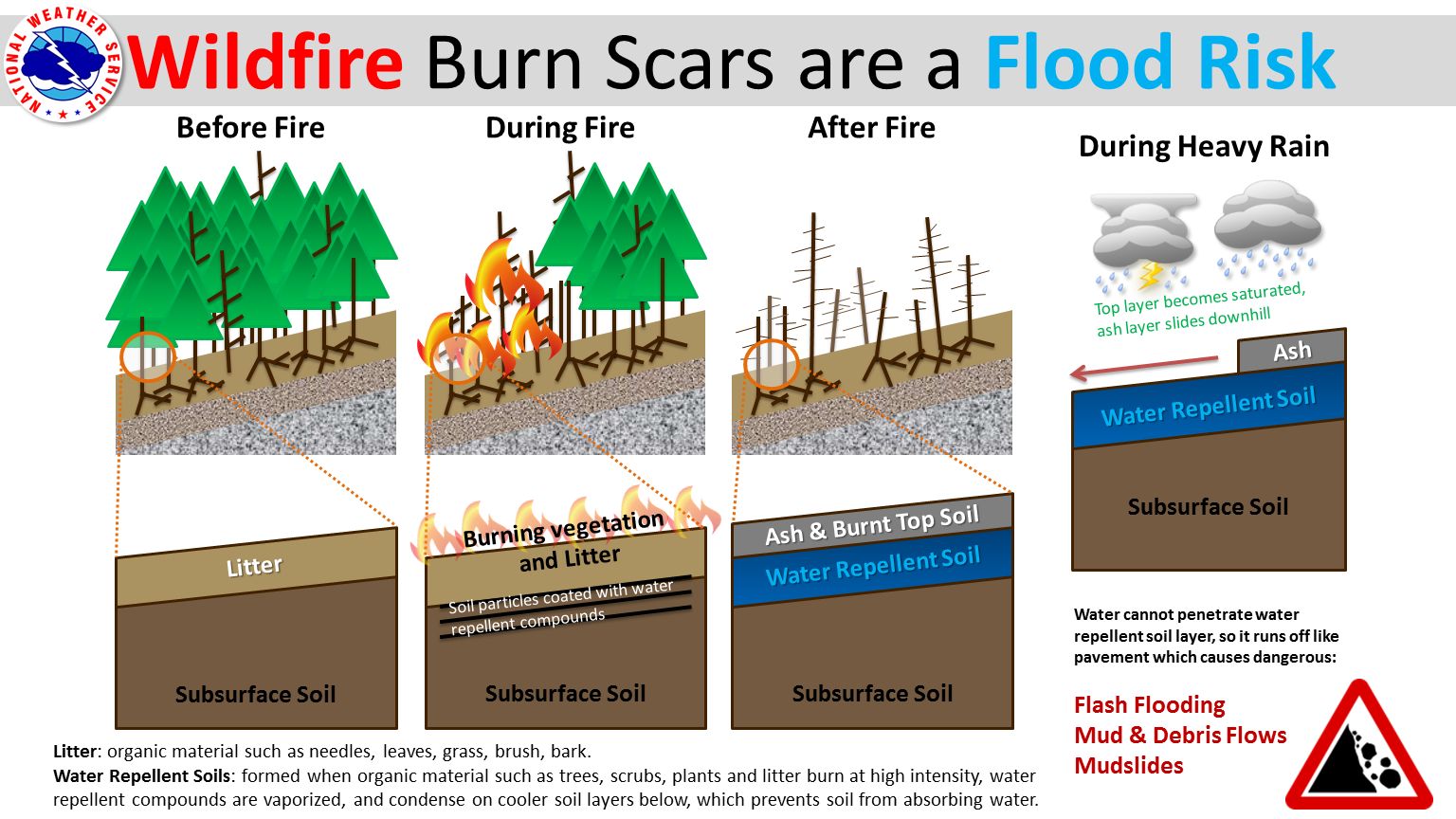 The Dixie Fire burn scar from the second-largest state fire also saw multiple landslides. It is very common for mudslides and landslides to occur within burn scars. Heavy rainfall easily flows through unstable, dry, and burned vegetation making it more susceptible, leading to flash flooding and debris flow. However, the rain was not all bad. It aided firefighters on the Caldor Fire near South Lake Tahoe.  Crews fully contained both the Caldor and Dixie fires after months of burning.

Despite talks of fire season being over, CalFire would like more rain. They do not believe the storm system was enough to reduce staffing to winter levels. While the rainfall was unusual, drier-than-normal conditions are forecast for California long-term, with most of the state still in extreme to exceptional drought. Time will tell if this rain halted this year’s fire season, or if another Santa Ana event is around the corner!